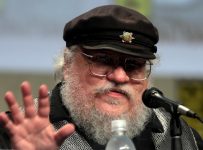 George Raymond Richard Martin was born in 1948 in New Jersey, USA and nowadays considered as one of the most famous science fiction writers of the modern world. George Martin’s books are translated into more than 20 languages with a circulation of more than 8 million copies per year all around the world. But the real fame and popularity came to the author after the release of the series called “A Song of Ice and Fire”. The TV show “Game of Thrones”, which is based on the plot of “A Song of Ice and Fire” series is one of the most successful projects on the screen. All of the novels from “A Song of Ice and Fire” series have received various awards, while the author himself has been included in the list of the most influential people according to the Time magazine in 2011.

Despite the fact that the popularity of George Martin’s books increases every year, this legendary author has many more novels, which are no worse than the series of “A Song of Ice and Fire”. Therefore today we would like to remember some of the greatest works of this legendary writer. 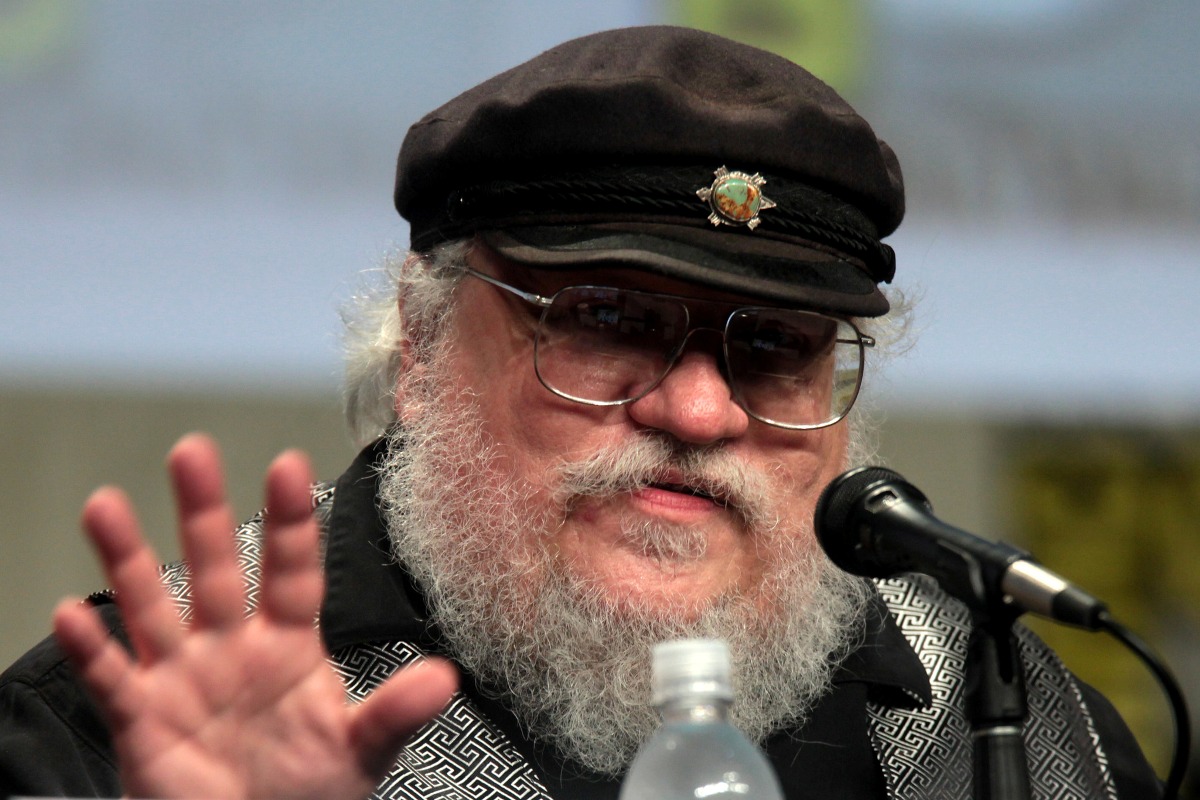 The novelette “Sandkings” was published in 1979 and tells a story about Simon Kress - a wealthy collector of dangerous and exotic animals, who didn’t hesitate to organize battles between them for the sake of fun. Unfortunately, most of the animals die and Simon decides to find new ones to add to his collection. One day the collector comes across a store called Wo & Shade, where one of the owners offers Simon small insect-like creatures called sandkings. They live in colonies in a sandy terrarium, build castles and fight battles with one another. At first, Simon doesn’t find anything special about new creatures, but with time sandkings start to grow and evolve rapidly.

George Martin says that the plot of the “Sandkings” was inspired by his fellow student, who had a piranha tank. In general, this creepy, but exciting story is a must-read for the fans of “early” George Martin. 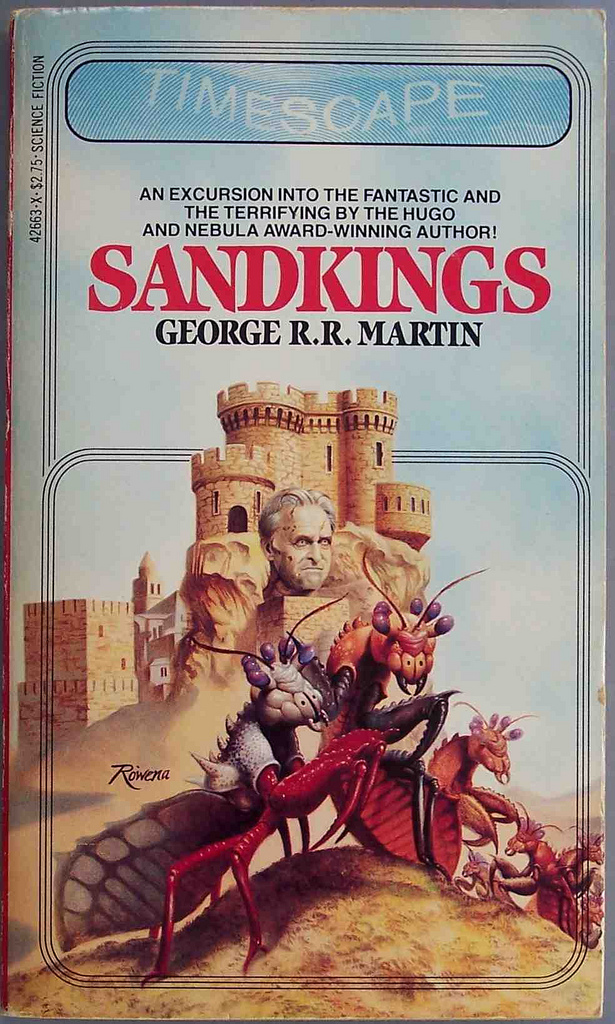 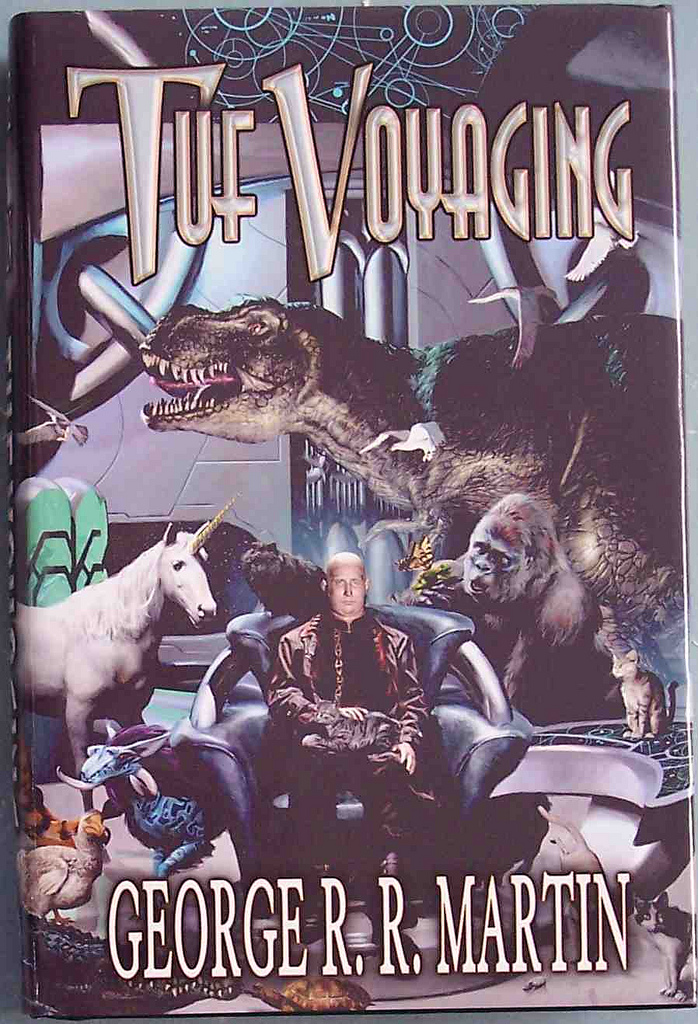 “Tuf Voyaging” is a collection of seven short related stories about a space-trader and later an eco-engineer Tuf, which was published in 1986. The plot of each of the stories (except for the prolog) tells a story about the Tuf’s adventures on various planets, where he fights environmental disasters with his knowledge in ecological engineering.

“Tuf Voyaging” is written in a science fiction genre. This novel is about the role of personality in history. George Martin has thought out and described the main character in the slightest details. Tuf uses an opportunity to change the future of many planets with the help of genetic engineering. But despite all of the interplanetary wars, the main character always remains calm. He also loves cats, whose names symbolize the vices of humanity, which have destroyed peace in the universe.

This fix-up novel was written by George Martin, whom most readers don't know. This is a great science fiction work with a drop of humor and a unique point of view on life from a cat-lover.

“Wild Cards” is a series of science fiction stories, written by a number of authors and edited by George Martin himself. This is a classic example of a mosaic novel in literature.

Similarly with “A Song of Ice and Fire” in “Wilds Cards” George Martin puts the emphasis on a fictional universe, rather than on the characters or the plot. And no matter how alive the characters may appear, the history of the universe unfolds independently and has no beginning and end, which does not fit any laws of composition.

The plot of the novel “Wild Cards” seems complex and simple at the same time. The Earth becomes a place, where one of the opposing parties, which dominates the galaxy, is testing a new gene virus. At the same time, the representatives from the other party are unsuccessfully trying to prevent the experiment, which consequences are unpredictable. As a result, planetary catastrophe breaks out on the Earth.

A large part of the population dies while remaining ones become either Aces (people with superhuman abilities) or Jokers (physically mutated super humans). An irreconcilable war between Aces and Jokers is the main theme of the mosaic novel “Wild Cards”. 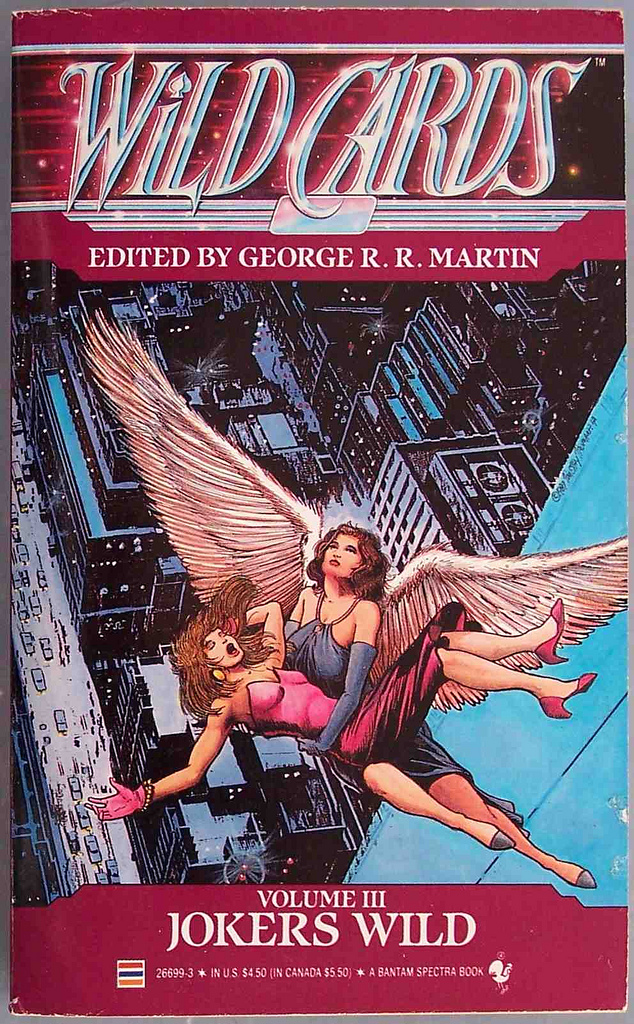 One of the stories from “Wild Cards” series 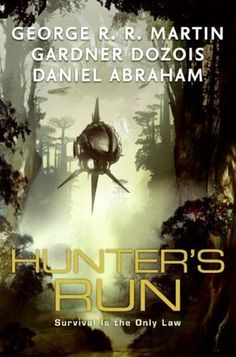 “Hunter’s Run” is a science fiction novel, which has an interesting story behind it. In 1976 writer Gardner Dozois had an original idea for this novel, but he stumbled halfway the writing process. Gardner decided to seek help from his friend George Martin, who has already been an authoritative writer at that time. Martin expanded the story, made it a full novel and handed it back to Gardner. But for many years both authors have forgotten about the text. And only when a young talented writer Daniel Abraham finished the story, the novel was published in 2007.

Events of the plot take place on the colony planet of São Paulo, which has become a home to hundreds of thousands of people, as well as the main character named Ramon Espejo. Ramon is a murderer with no moral principles. Trying to avoid punishment for committed crime, he leaves the inhabited territory to search minerals. During his journey, Espejo accidentally discovers another intelligent alien race, which has been hiding for hundreds of years. They capture Ramon and want to use him to find another human, who has discovered this secret nation, but managed to escape. This moment starts the main events of the plot. The novel “Hunter’s Run” colorfully describes the customs of an alien nation, as well as the confrontation between the wild nature and human greed.

This vampire novel written by George Martin was first published in 1982 and still remains in print to this day. In 1983 the novel “Fevre Dream” was nominated for World Fantasy Award.

The main character of the plot is a highly skilled steamboat captain Abner Marsh. Abner receives a business proposal by a certain Joshua York, who offers Marsh to buy a half of his company and invest in the construction of a new modern steamer called “Fevre Dream”. In exchange, Marsh has to provide seats on the steamer to Joshua’s mysterious friends with no questions asked. Captain Abner Marsh agrees, but cannot put up with the secret for a long time, since York’s friends are way too strange: they only appear at night and have perfect sight in the darkness. Later, Abner Marsh discovers that “Fevre Dream” became an arena for a battle between two powerful vampire leaders: Joshua York, who wants to find peace in the world of people and Damon Julian, who only sees people as a source for the more developed race. 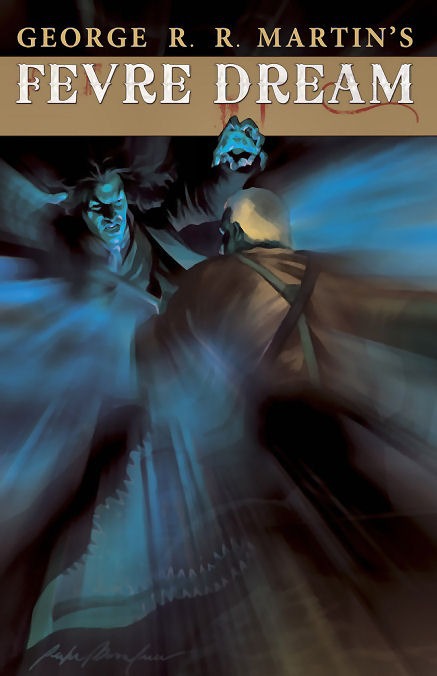