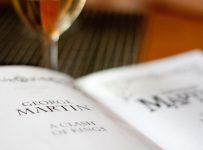 George R.R. Martin is best known for an epic fantasy series of novels called “A Song of Ice and Fire”. The author created an incredibly detailed world of the Seven Kingdoms with its mythology, races, political intrigues and history. The HBO’s hit TV show “Game of Thrones” is based on the plot of this series, which Martin began to write back in 1991. “Game of Thrones” has now turned into a television phenomenon, which continues to increase the number of viewers with each season. And while Martin’s creation is increasingly becoming an integral part of mass culture, we’ve decided to look behind the scenes of the author’s life and collect several curious and not so obvious facts about the most popular fantasy writer.

1. Martin used to sell his stories back in childhood

The future author of “A Song of Ice and Fire” used to write since he was a little boy. And he was not just creating horror stories, but also selling it to the neighboring children. In high school, Martin began to write for thematic fantasy magazines. The decision about his path in life Martin has also chosen according to his passion for writing. George received a bachelor's and master's degree in journalism. During the 80’s Martin used to work as a screenwriter, editor and producer in Hollywood. Due to the budget reasons, he had to cut out many battle scenes, so he decided to start creating his own stories, so no one would limit him. 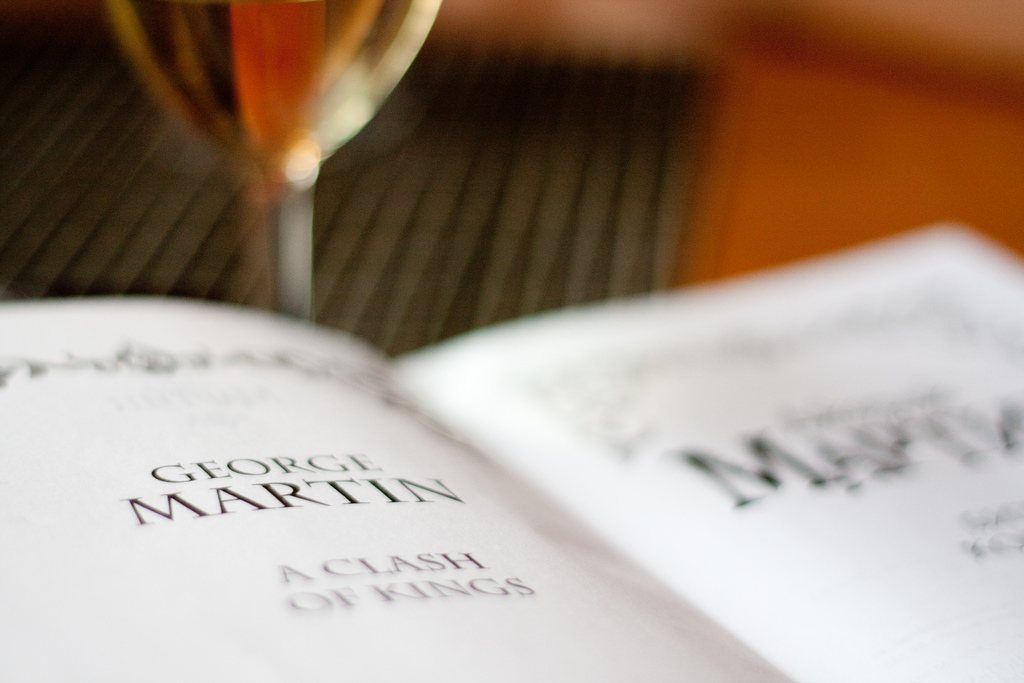 2. Martin does not work on “A Song of Ice and Fire” series all the time

One of the biggest disappointments of “Game of Thrones” fans is for sure the fact of how slow George Martin writes novels of “A Song of Ice and Fire” series. The first novel of the series was published back in mid-90’s and the last one at this moment was released in 2011. Between the fourth and so far last fifth books has passed six long years. Martin plans to write a total of seven novels of this series. It looks like the TV show “Game of Thrones” might come to an end earlier that Martin will finish the last part of the series. However, these long breaks do not mean that the writer is lazy to write the continuation. The author himself does not see anything bad in such writing gaps. He is constantly engaged in a variety of other projects, including editing other people’s books and writing his own stories, which are not related to “A Song of Ice and Fire” series. George many times mentioned that he does not like to be constantly engaged in only one project.

When journalists ask the writer about the reasons of his unusual style, George admits that he always loved hats. In particular, he enjoys wearing fisherman’s cap, since it allows sitting comfortably in a car. He also owns other hats at home. As for his signature symbols (vests, suspenders, glasses and a white beard), George looks at it as a part of his image and the way people may recognize him. The writer also thinks that his name is very common and he might be confused with some other famous George Martin. Therefore, he added two letters “R” in his writer's pseudonym. The first letter “R” stands for his father's name Raymond, and the second one for his confirmation name Richard. 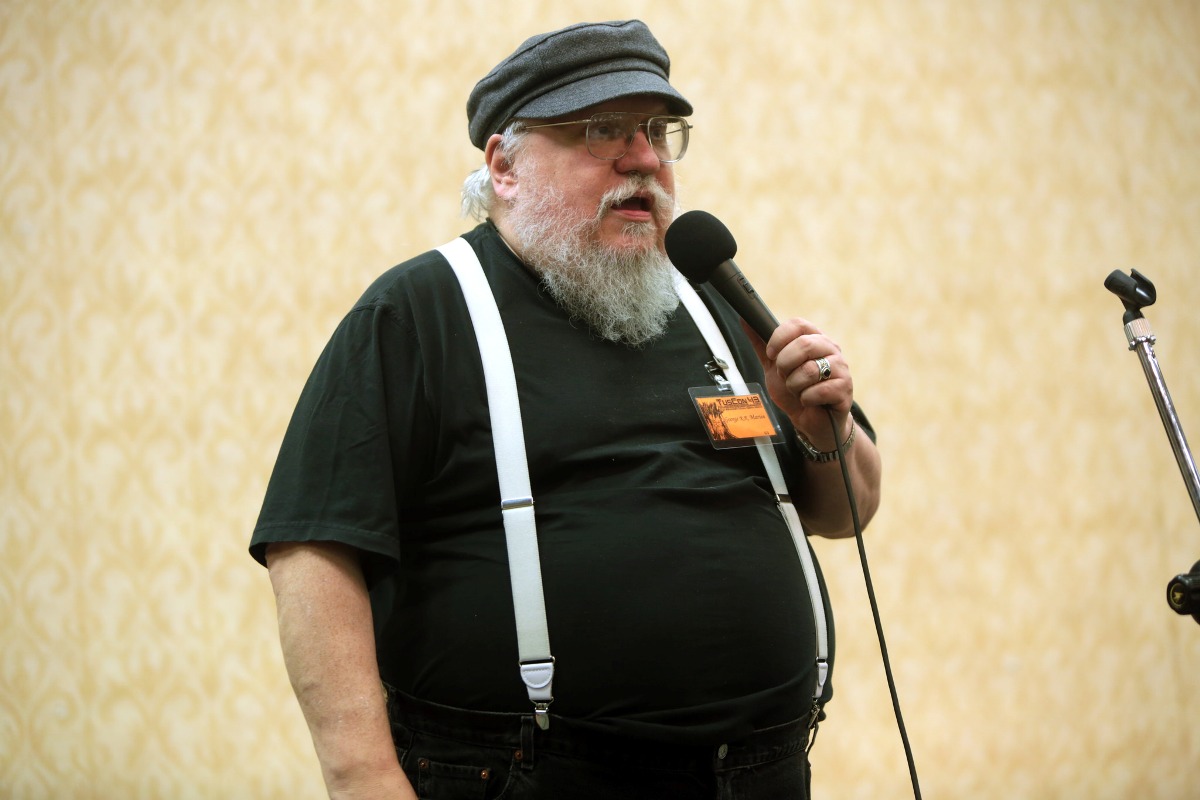 A lot of people know that the author of “A Song of Ice and Fire” often speaks at various conventions dedicated to fantasy, comics and science fiction. But not may know the fact that Martin hasn’t always been a guest star at such gatherings. In 1964 George bought the first ticket to the first ever in history convention dedicated to comics (Comic-con). There were about one hundred people at the Comic-con in New York, including George Martin, who called himself the biggest comics fan. In fact, as a child, Martin did not enjoy reading very much and only liked comics. The love for books came to him later with the interest for science fiction. 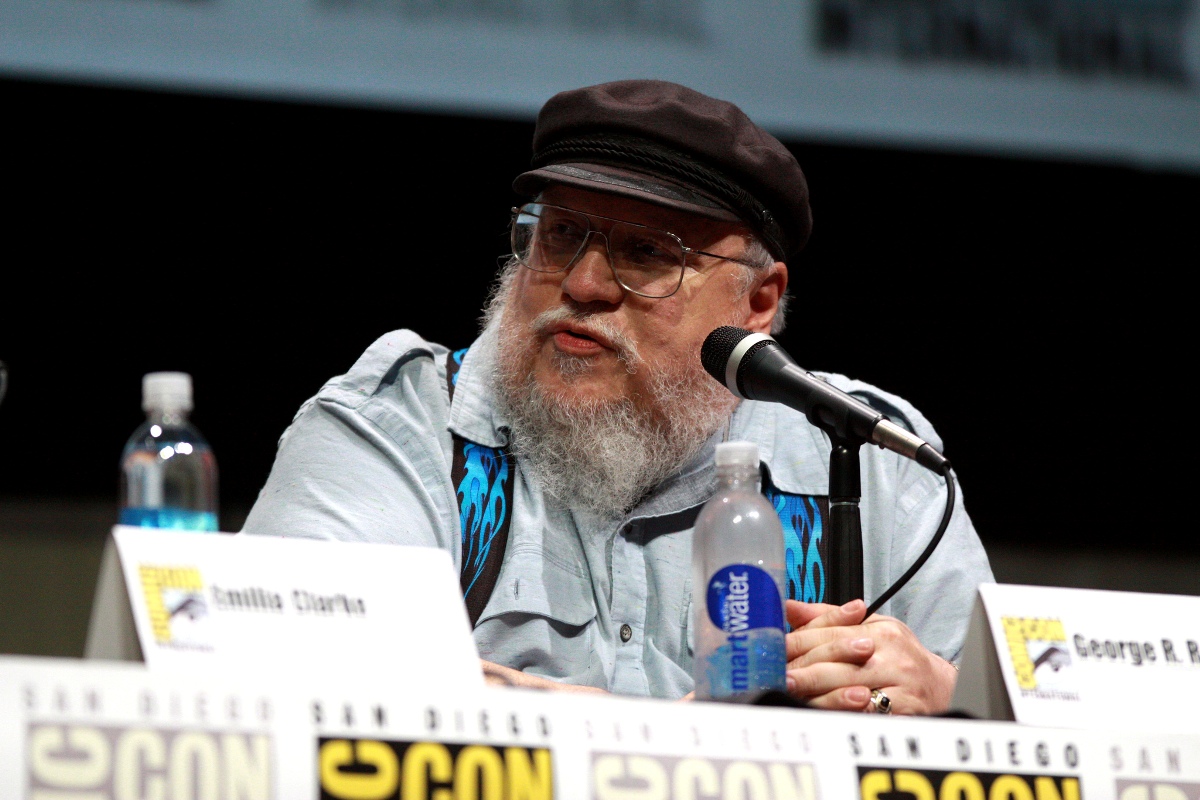 George Martin grew up in Bayonne, New Jersey with three sisters. His father was often unemployed and as a child, Martin didn’t have a chance to go anywhere farther than five blocks from home. Perhaps, this felt like a trap for a young kid and Martin used his imagination to escape from reality. During one of the interviews writer remembers that he would always dream to see the world, but never had an opportunity, therefore he imagined adventures in his head. Books helped the little boy to fly to Mars or get into the center of the Earth. Martin also talked about his habit to watch incoming ships and their flags from different parts of the world, which has only expanded his imagination. 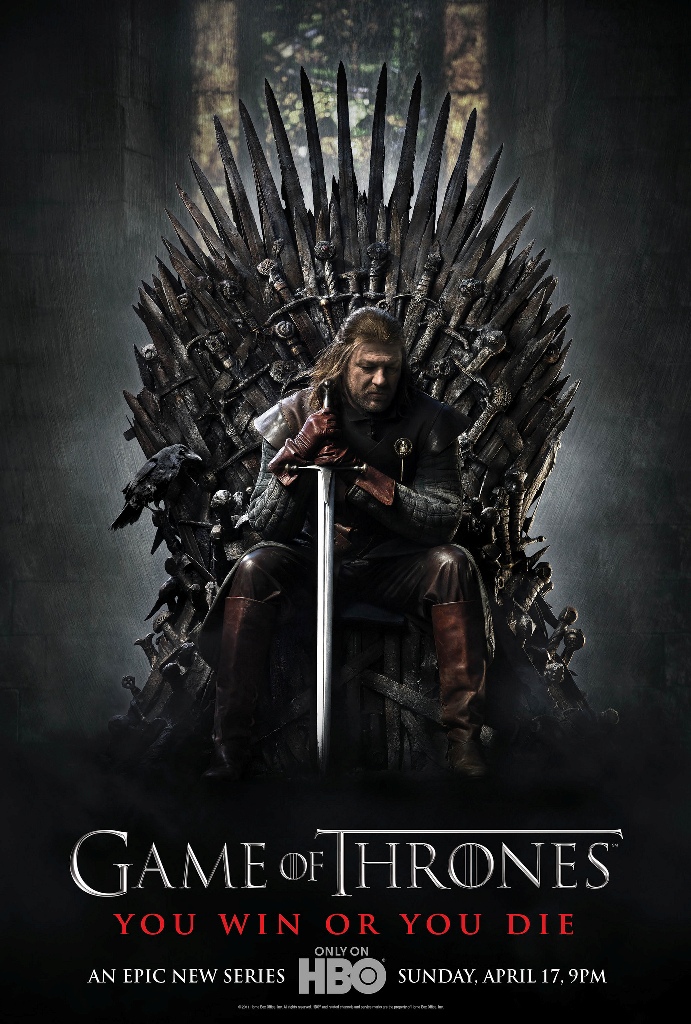 6. “Game of Thrones” could have been a movie

When several film studios came to George Martin with an intention to buy screen rights of "A Song of Ice and Fire" series, the author declined the offer. At that time “Lord of the Rings” has already been successful and producers were in search for the new plot. But Martin realized that his story is way too big and confusing to fit into one movie. However, having an experience on television before, George did not believe that “A Song of Ice and Fire” would be a good choice for an ordinary television series. Despite the doubt, the writer decided to meet with producers David Benioff and Daniel Brett Weiss. Producers wanted to air series on the HBO channel, and since Martin was a fan of Deadwood and The Sopranos, he knew that the graphics would be perfect. In the end, knowing how many screen versions of the book ended up unsuccessful, it was important for Martin to be patient enough and wait for the right moment to put his epic series on the screen.

Undoubtedly, Martin is known for being not afraid to get rid of outstanding characters in most spectacular ways. But this fact became much more obvious with the release of “Game of Thrones” TV series. When Martin is asked about the reason why he kills his characters so often, the writers genuinely surprises how people watch TV shows if they already know how the story is going to develop further. George Martin likes to keep the reader and the viewer thrilled and interested in what’s coming next. 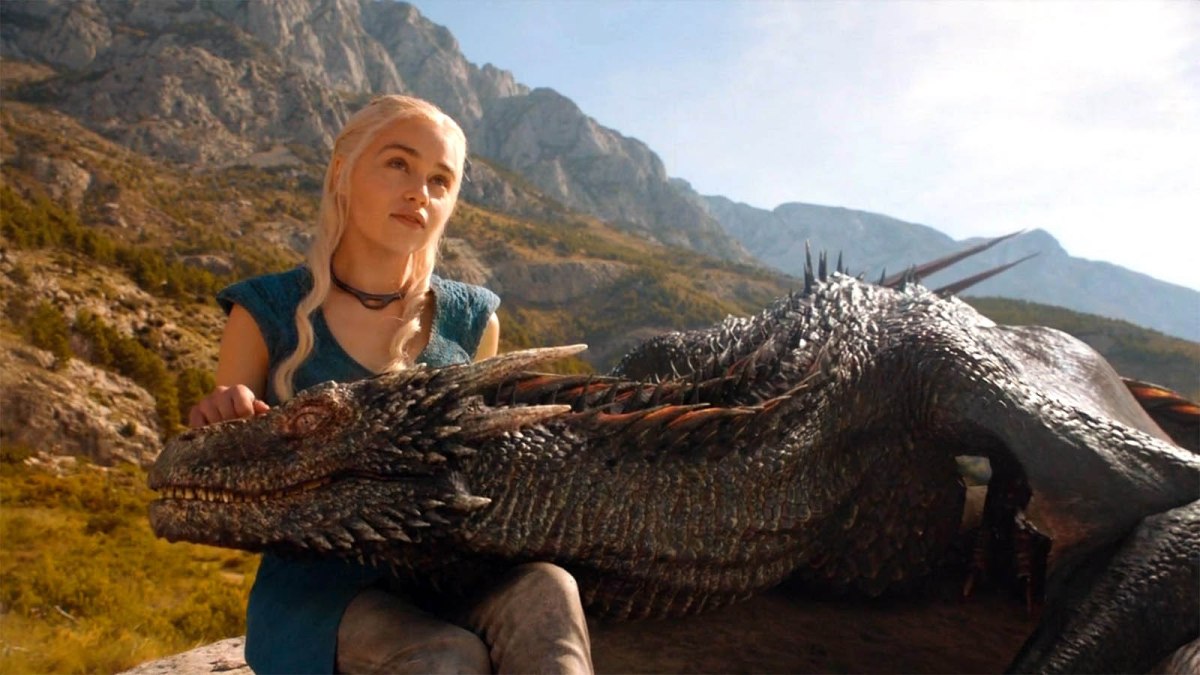 One of the main characters on “Game of Thrones”