“Game of Thrones” is one of the main fantasy series not just of present time, but probably in the history of fantasy in general. Many claim that this story is quite capable of competing against the “Lord of the Rings” and even be far ahead. In many ways due to the screen version of “A Song of Ice and Fire”, Martin’s fantasy world reached the mass audience. “Game of Thrones” TV show has become a hit series from the very first episode. Therefore in this article, we will try to come up with several reasons why “Game of Thrones” is so popular among the viewers.

The author of “A Song of Ice and Fire” series George Martin took the selection of actors for the main characters in “Game of Thrones” very seriously. The actor’s play is so real that no one even thinks of it as of just a stage play. It seems like even those who have never watched this popular fantasy drama, know or at least have heard of Daenerys Targaryen. Or take for example a young actor Jack Gleeson, who played Joffrey Baratheon and so skillfully made everybody hate his character. And don’t forget about Maisie Williams, who played Arya Stark. Maisie’s play is so convincing, that looking at Arya and her rebellious character, viewers forget that this is just a show. But the main star of the series is actor Peter Dinklage, who perfectly played Tyrion Lannister and became the favorite character of “Game of Thrones” fans. Another reason why “Game of Thrones” series captivate so many viewers is its plot. The title of the show speaks for itself and fully reflects the essence of the events on the screen, which is a battle for power, King's Landing and Iron Throne. The viewer opens a door to a new dangerous world of conspiracies and sophisticated actions. The decisions of many characters are ambiguous and make you wonder what will happen next. Show creators do not reveal all the secrets at once, giving the audience an opportunity to unravel all plans by themselves. Kings and queens keep coming up with different ideas to make their way to the Iron Throne. Some ideas do bring them close to the desired goal, but other can permanently remove from the game.

“Game of Thrones” TV show keeps the audience in constant tension all throughout each episode. The viewer can never be sure of the safety of his favorite character, who might die any moment. Even those characters, who at first, seem to be protected, may be the first ones for elimination. Therefore if you get attached to any character of the show, his or her death might be a shock. At the same time, “Game of Thrones” series is full of intrigues, which often cause admiration with its complexity. And, of course, in between the fights for the Iron Throne, main characters manage to fall in love. It might be just a passion leading to something more or a marriage of convenience in order to survive. However, there’s definitely a place for a true love in “Game of Thrones” series

“Game of Thrones” is famous for its spectacular battles, for example, the Blackwater battle. This truly breathtaking scene looks almost real, due to the fact that show creators used real mock-ups instead of the computer graphics. In addition, viewers are amazed by high-quality special effects, like for example Daenerys’s dragons, which are made so well that it is hard to notice any flaws. Another attribute of this TV show is make-up. In “Game of Thrones” series the White Walkers have such realistic make-up, that it seems just too real.

Daenerys Targaryen is definitely a special reason for such popularity of “Game of Thrones” series. She is one of the most important characters of the story with a big team of fans among viewers. Daenerys is a true warrior with three dragons fighting by her side. Like all other kings, she wants to retake the Iron Throne, but her actions are different and stand out among everybody else's. Despite the fact that at the beginning of her journey she has no warriors, let alone a castle with treasures, she stubbornly continues to fight for the throne, which makes other kings worry. 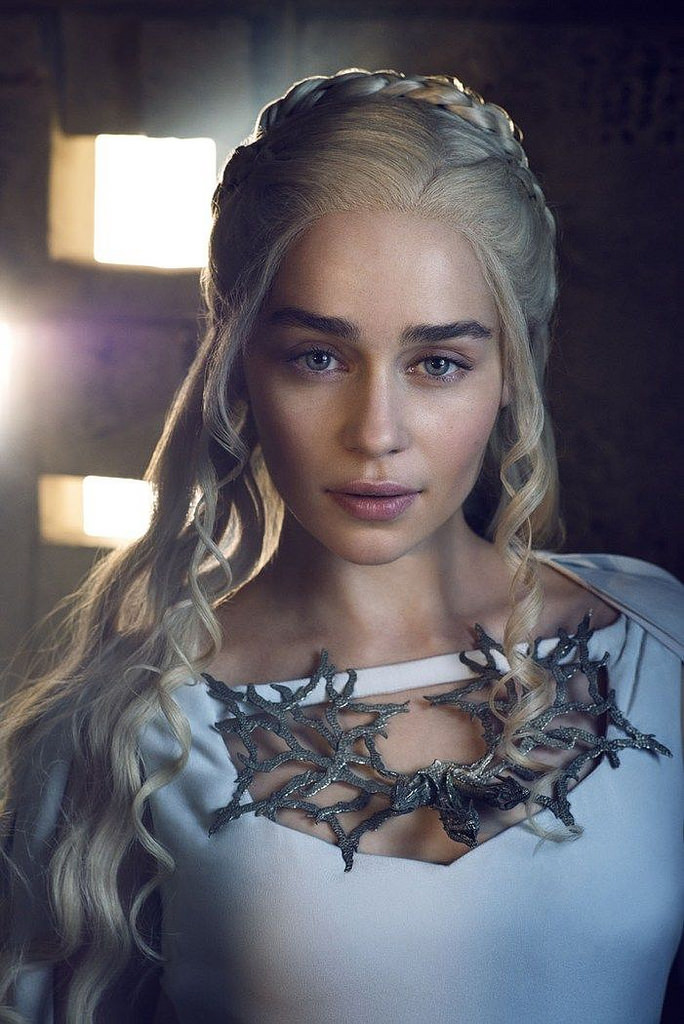 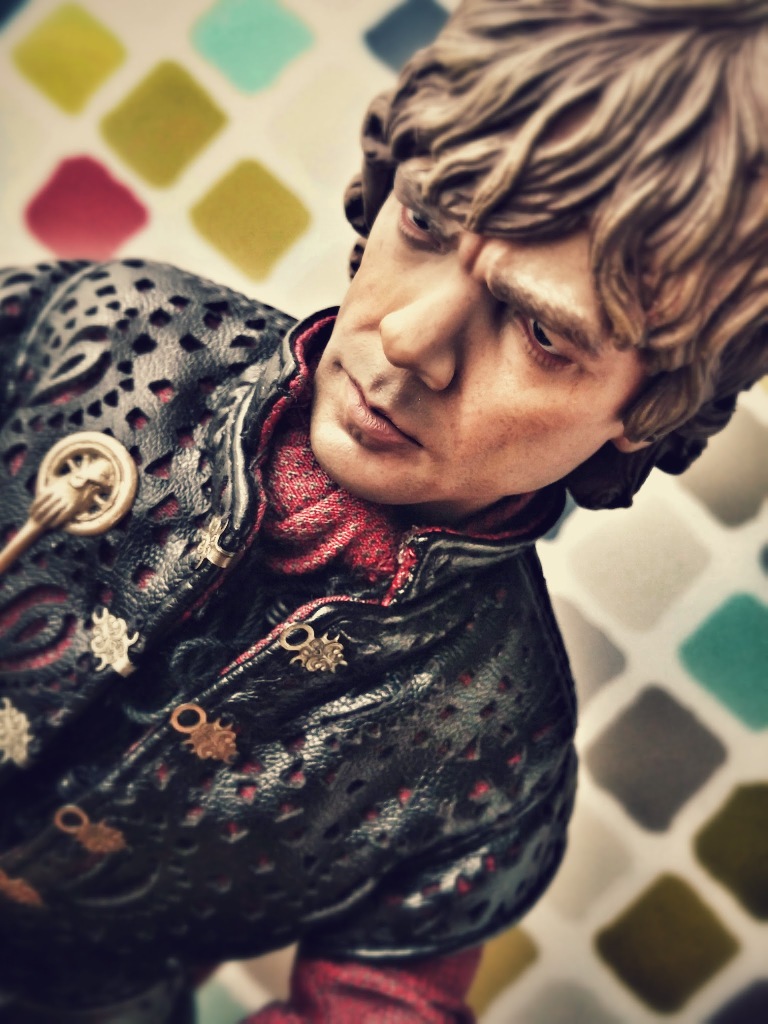 Tyrion Lannister is another character, who makes thousands of people follow the story of “Game of Thrones”. Due to his physical appearance, only a few people take Tyrion seriously. Being a dwarf he began to develop his intellectual abilities to overcome the prejudice he faces. At first glance, it seems that Tyrion doesn’t need the Iron Throne at all. But he is very cunning, and no one can predict his motives, except for Tyrion’s father, whom he fears. It is clear that Tyrion is a dangerous opponent. Resourcefulness and ingenuity, which have saved the dwarf’s life many times, make him a serious player in the game for the throne.

It would seem that there’s no place for fashion in Geroge Martin’s fantasy world, but it is not true. Handmade costumes of “Game of Thrones” characters are real works of art. For example, the collar of Catelyn Stark’s dress is decorated with embroidered fish figurines and Cersei’s dress has a head of a golden lion. Moreover, if you look closely, every member of Lannister house has either a head of a lion or a lion itself embroidered on every costume. But out of all, the people of Qarth strike with their outfits most of all. Every self-respected citizen of this city must have an insect figure on his costume. The embroidery is so stunning, that it seems like little insects sitting on top of the costumes. 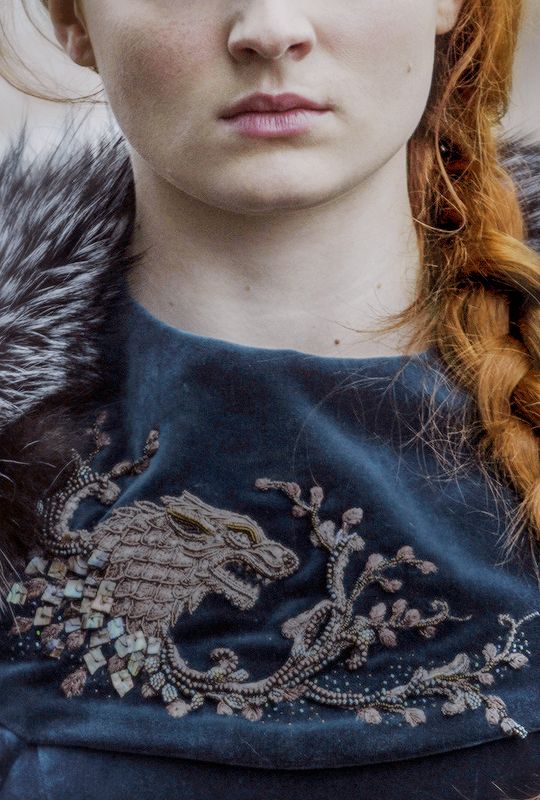 Many famous musicians and composers are interested in writing for “Game of Thrones”, therefore the TV show has a lot of own soundtracks. Of course, this allows viewers to immerse in the atmosphere of the events on the screen, because the music is written especially for the show, rather than matched with something that would be suitable for one or another moment.

Different directors, screenwriters and even producers are invited to shoot “Game of Thrones” TV show. Such approach makes the show very diverse since everyone brings their own style to the series. Each episode is different with no repetitions, yet the whole show looks very well-organized. In addition, George Martin watches the shooting process very carefully and does not allow writers to deviate from the main plot.