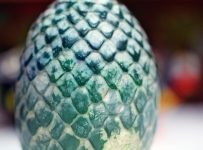 Creating the world of “A Song of Ice and Fire”, which has now become one of the most popular fantasy universes, writer George Martin was inspired by the real history and biology. Martin inhabited his novels by a multitude of diverse creatures: from those, which are standard for a fantasy genre to extremely unusual ones. The author takes the process of creating his fantasy world very meticulously, including the description of its rich fauna. In this article, we offer to take a look at the most significant and unusual creatures of “A Song of Ice and Fire”.

Dragons are for sure the most famous animals in “A Song of Ice and Fire” series. At the beginning of the plot these huge flying lizards were considered extinct, but the inhabitants of Westeros did not forget about them. People retold different legends and songs about dragons and some castles had walls burned by their flame.

Externally Westeros dragons looked like their counterparts from other fantasy novels. However, local dragons have only two paws. A pair of leathery wings grows from the dragon’s shoulders and their head is decorated with horns. They have long twisted neck and equally long tail. Dragons are capable of breathing fire, which has an extremely high temperature and is able to melt metal and stone.

Dragons are very rare animals and in the past times were found mainly in the mountains on the southern tip of the continent of Essos. Valyrian aristocrats tamed the mighty lizards and conquered much of the continent with their help. But the series of terrible cataclysms destroyed the Valyrian Peninsula along with the dragons. Only a few of the dragons survived when Targaryen transported them to a small islet on the Eastern part of the Westeros. However, each new generation was smaller and weaker and in two hundred years the last adult lizard died.

It is believed that dragons are somehow connected to magic. After the fall of Valyrian Freehold, the magic in the West was almost extinguished. But there is also a reverse pattern: after the death of the last dragon, magic became weaker and supernatural phenomenon practically disappeared. The summers became colder and shorter, while winters were longer and sterner. However, when three new dragons were hatched in the funeral of Drogo, the magic began to return to the world of Westeros. 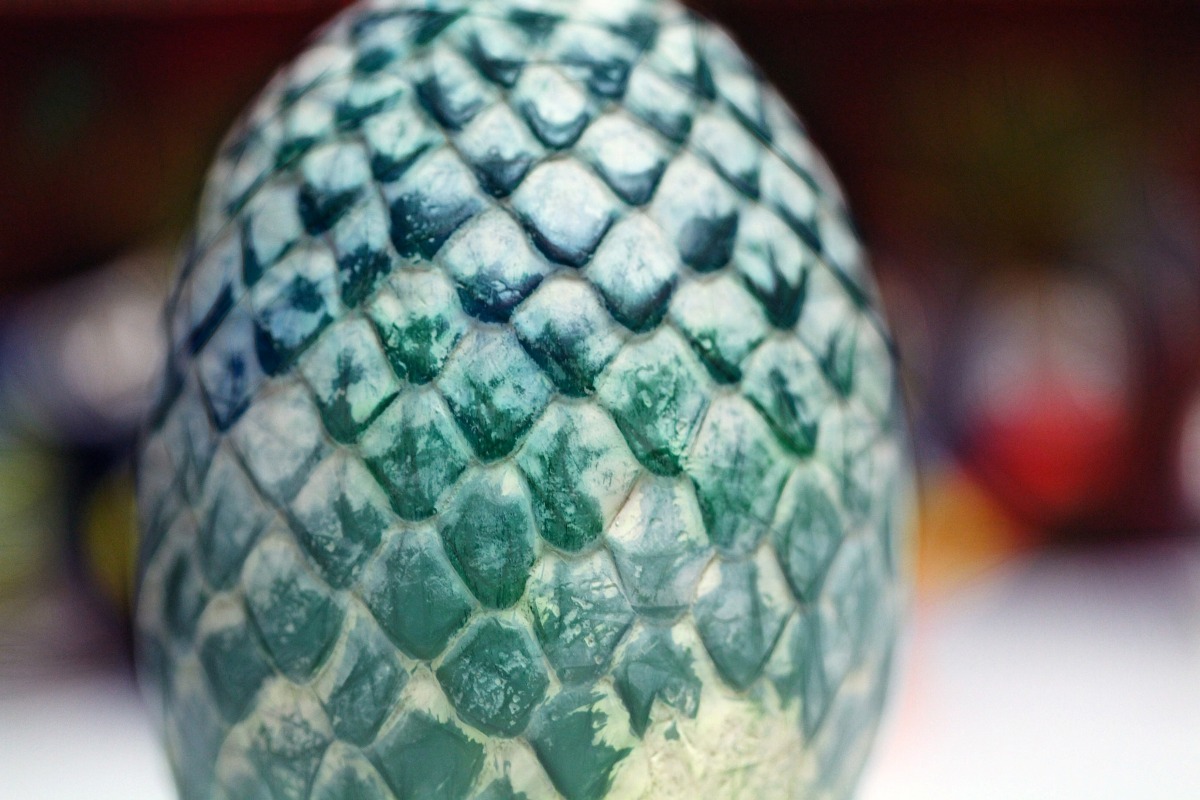 2. Animals behind the Wall

The reader of “A Song of Ice and Fire” will from time to time come across living creatures, prototypes of which died on Earth thousands of years ago. Nevertheless, according to the novels, these species are also under the threat of extinction and live only in the most remote and hard-to-reach areas, mainly behind the Wall.

The lands behind the Wall are poorly studied and have almost no connection to the rest of the continent. This might be the only reason why severe predators direwolves survived. Direwolves are much larger, fiercer and smarter that the ordinary wolves. Their heads are rounder, legs are longer and the muzzle is more prominent. To the South of the Wall there are no real opponents for the direwolves among the animal world, therefore people were the most likely reason of their extinction. During the winter direwolves would gather together and attack neighboring places, so no wonder that the northerners decided to get rid of the dangerous creatures.

These large animals mostly hunt for goats and rams but might eat a man on occasion. The size of these cats makes them a dangerous opponent even for direwolves. However, these wild creatures rarely intersect, since direwolves mostly live in forests, while shadowcats prefer mountains. Shadowcats emit low deep roaring and have narrow gray eyes. Thick and warm black fur with white stripes makes them coveted prey for hunters.

Mammoths live far to the North behind the Wall on the island of Ibben. Mammoths are large enough to carry two giants. They are covered with thick wool and have huge tusks. Wildlings domesticated mammoths and use them for riding. Other wildings use mammoth as fighting animals and put wooden turrets on the back of the animal, where several archers can be places.

In “A Song of Ice and Fire” series the truth and fiction intertwined so closely, that sometimes it is hard to figure out which animals of the local folklore live in the world of Westeros and which are just a part of human imagination.

For example, kraken (a symbol of the Greyjoy House) is a giant squid, which has not been seen by anyone during the whole series, therefore it’s hard to tell their actual size. On the other hand, according to the legends, kraken is quite capable of dragging a whaling vessel under the water, so it is probably not just a simple octopus.

Another House decided to depict basilisks on its emblem. These evil and dangerous creatures from the Yi Ti jungle externally look like chickens. But unlike domestic animals basilisks are poisonous and if a person would add their blood into the food, it would cause a violent insanity.

There are also Manticores, which live on the continent of Essos. George Martin describes them as aggressive and dangerous insects with sharp sting on the tip of the tail and one part looking like a human face. Their bite is deadly, and the poison acts almost instantly, which makes them a favorite weapon of poisoners. 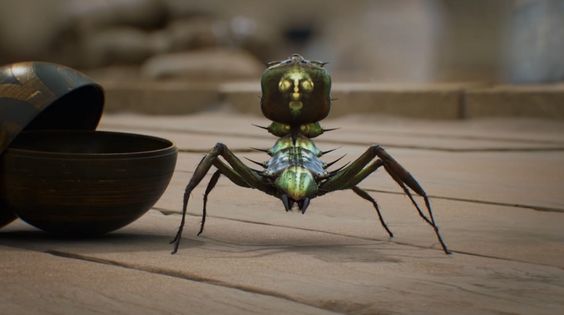 There are no usual elves, orcs or dwarfs in the fantasy world of George Martin. But humans are not the only intelligent race. More ancient races have survived behind the Wall.

Giants are one of them. They are powerful creatures, covered with thick wool and a height of three or four meters. Giants look more like bears than humans. Although they retain some semblance of civilization, they still speak the language of the First Men. Giants live somewhere North and rarely can be seen near the Wall. Many members of the Night Watch decided that this race has died out. However, when Mance Rayder has assembled an army to storm the Wall, there were several giants, perhaps, the last ones. 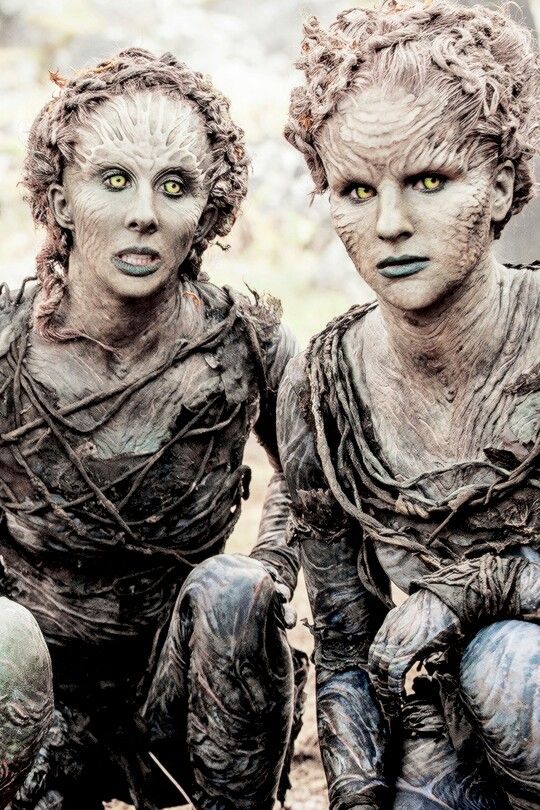 Children of the Forest

Another intelligent race in the world of Westeros is the Children of the Forest. Small creatures have inhabited the lands of the Seven Kingdoms long before the kingdoms itself. They settled in thickets, caves and island in the middle of lakes in secret dwellings on the trees. Little Children of the Forest, according to the legends, worshiped the Old Gods even before people did. They were dressed in outfits made of bark and leaves and did not know any metals. 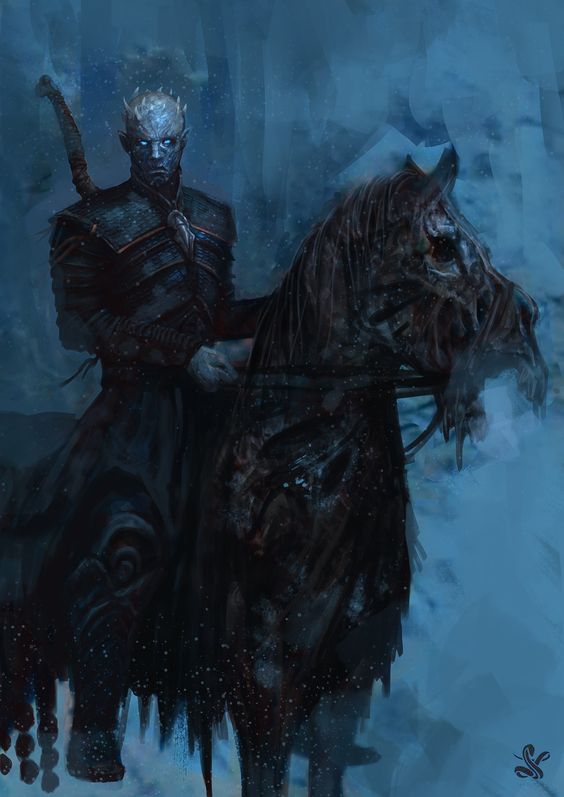 The Giants and the Children of the Forest have no special business for people, but behind the Wall, there is a much more terrible race - White Walkers. These sinister supernatural beings are associated with cold, night and long winter.

Once, White Walkers invaded the territory of the Seven Kingdoms and brought with them a long winter and a long night. They destroyed cities and villages and a life of Westeros in general. But in the end, they were defeated and thrown back to the far North. It was after the victory over the White Walkers the giant Wall was built on the northern boarder of the Seven Kingdoms, which protection was entrusted to the Night's Watch. During this time the White Walkers never showed up, and the Night's Watch turned into a place of exile for criminals and fallen.